Editor’s note: Ankit Rawal is the head of Performance Ad sales in Emerging Markets at InMobi. He has travelled eleven countries doing sales in the past five years. Needless to add, he has gained some invaluable insights into mobile sales in these markets, which he will share in these series. We start with the biggest dragon of them all – China. 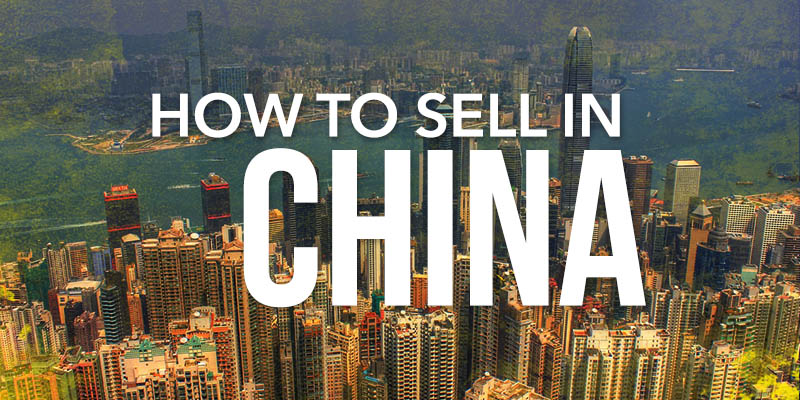 Two things distinctly hit you when you step in any city or/ town of China. Scale &and Imitation!

Scale:  Coming from India I understood what ‘scale’ meant: multi-lingual population, mega cities, madness of movies & cricket, massive dams & factories. However, my definition of scale changed when I toured China. Many of the Chinese cities are bigger than even the big metros of India. The magnitude of their roads, rails, bullet rails, and ports is mind blowing. The same scale continues in their customer segments, top line revenues, conferences and even valuations.

Alibaba is valued at around $250 B which is higher than Amazon and even Facebook. Because of its scale, more than 99% of Chinese companies only bear in mind Chinese consumers. Only when they succeed at home, China’s entrepreneurs look outside the country’s borders. No wonder we hear of more Chinese tech companies like Xiaomi, Oppo, Gionne, Tencent WeChat, Alibaba Taobao, Huawei, and ZTE etc. Indian tech companies on the contrary think first of Western markets.

‘Shanzhai’ (Imitation):  Like India has its ‘jugaad’, China has ‘shanzhai’ – or the simple act of copying existing products and services in the market. Localized versions of foreign internet brands dominate the Chinese market  like Renren for Facebook and Sina Weibo for Twitter. In another example, the Apple logo and trademark were registered by a local Chinese company before Apple reached the country. China rip offs accounted for 70% of all counterfeit goods between 2008 and 2010. In fact, Shanghai rolled out a ‘One city, Nine Towns’ scheme with small towns built in a different international style.

Another important thing to note is in this country only 0.73 per cent of the population speaks English (around one crore people) vis-a-vis 12.5 crore in India. China is in a true sense a ‘mobile first’ country where commerce, services, entertainment, video, and education etc. are consumed on mobile. There is a QR code for everything printed on most ads, brochures, restaurant menus, coupons and even on the backs of train seats and restroom stall doors!

Keeping this in mind when I started selling in China, I quickly realized I cannot go top down, parachute my sales mavens to skim the market. I need to build a local team bottom up. I localized myself with a Chinese name (An Ji 安吉 ) and a QQ / WeChat number.

Most adults have two names, English & Chinese and connect with you on QQ / WeChat ( messenger like yYahoo, ICQ, and WhatsApp ). I also started learnt Mandarin to pick up basic conversational know-how, to not only to wow my Chinese host but to survive.! Being a non-vegetarian, I eat meat (basically that means in India you eat “chicken” & and occasionally fish). However, China made me realize what non-vegetarian means.  You eat duck, frog, crocodile  & HotPot ( A melange of every meat possible). I started enjoying local beer (Tsingtao) & and had shots of Baijiu  (tequila type alcohol in China).

We soon realized that we need to have different sales process and structures to succeed in China. For example, unlike in India or other sales markets where sales people have 70:30 fixed / variable ratio in China, you need to flip it, that is  70:30 variable / fixed. In order to reach the breadth and length of the massive country we need to build a comprehensive sales model of Direct Sales (in person team meeting clients), Inside Sales (people sitting in office and catering to client on phone / email), Reseller/Channel Sales (working with hundreds of smaller tier 2 & tier 3 brands/agencies).

In order to succeed, we used a mix of Catholicism vs. Buddhism approach. In the famous book, ‘Scaling up Excellence’, the authors talk about Catholicism approach (where the aim to replicate preordained design beliefs and approaches) vs. Buddhist approach (where an underlying mindset guides why people do certain things— but the specifics of what they do can vary widely from person to person, place to place). Accordingly, we identified what is non-negotiable like our core product offerings, sales collaterals, and sales tools like Salesforce etc. However, segmentation of customers, Go to Market (GTM) approach for these segments, sales channel (direct, inside, re-seller), commissions and payment cycle etc. was left to the local team. Support function like legal, finance team was also localized. In fact, a recent HBR article on Yahoo Alibaba deal points towards this balance between the two operations.

Lastly, don’t shy away from partnerships while trying to grow in China. Look for partners who can bring complimentary skills like local connections, know-how and you can match it with your technology company. Chinese companies, in fact, look favorably towards Indian companies especially towards services and tech companies, and learn how to build global brands — areas where India has more experience over China. Indian and Chinese business cultures have a lot in common where relationship, formalities and hierarchies than process and systems play important role unlike in the West. Many Chinese companies are keen to expand in India because of its mass market.

In conclusion, the Chinese dragon can be tamed by hiring local, localizing and scaling fast keeping your core values intact!

Ankit remembers his perplexed father-in-law to be asking him why someone with a pedigree of Microsoft & Oracle and a B school degree would want to join a startup? And that too one which is into mobile advertising, which was synonymous with “pesky” sms. In the five years since then, he has been leading InMobi’s sales across India, SEA, China , Korea and African countries converting white spaces into sustainable revenue. And yeah, not only did he marry the girl, his father in law is now an avid mobile shopper too!