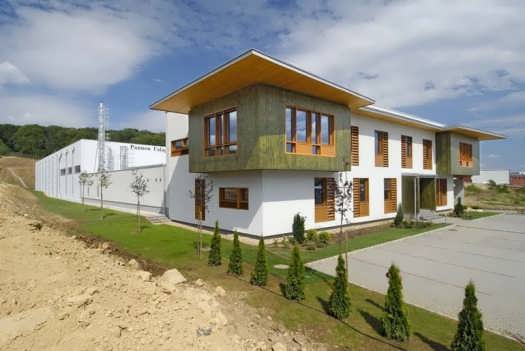 This is one of the hungarian design a home office. In a for-Falap Pannon headquarters Lemez. This modern-style house designed by Hungarian architect Ferdinand and Ferdinand . Pannon-Lemez Falap is a manufacturer of wood panels in Biatorbagy, Hungary. 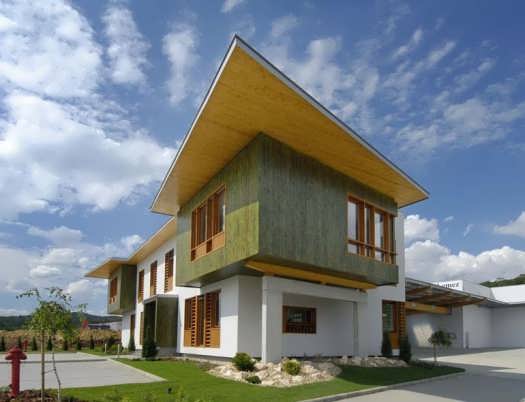 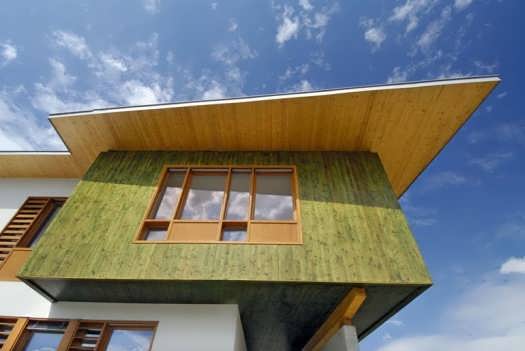 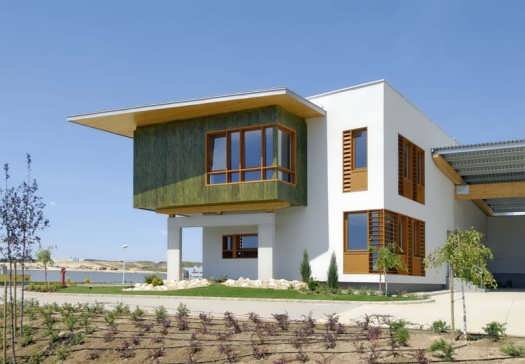 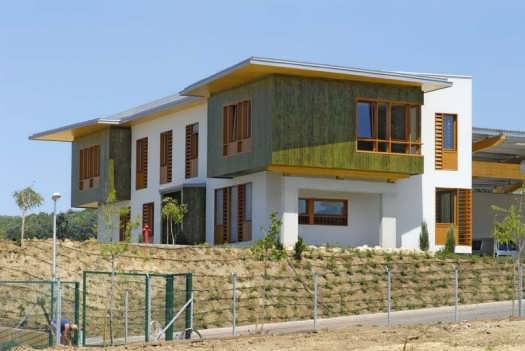 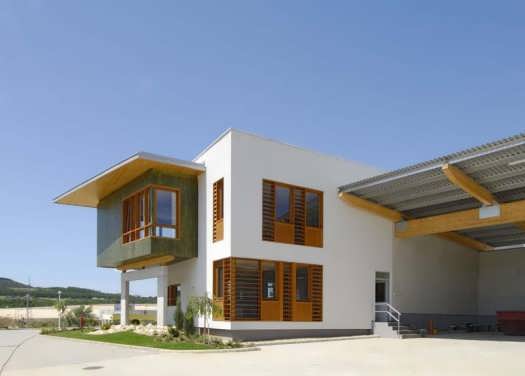 The two blocks of the building cut their place with strict line into the steep hillside. Behind the head office building which dominates the sight a warehouse was erected which is connected to the main block by a slim bridging element. In the design of the warehouse, the puritan functionalist norms of industrial architecture were fully adhered to: the 1500 square meter rectangle shaped block was divided into ships.

The representative wing was built on a two storey concrete foundation using BINDER BBS wooden panels.  Both the supporting walls and the separation walls were built by these panels, furthermore this material was used for the roof covering. The wooden panels are made of pine tree layers put on top of each other in opposing directions, these layers were then pressed to create a very strong material.

The somewhat  trapezoid-shaped block is connected to the bridging block with a slight inclination. This homogeneous  block is only broken on the left and right front corners of the second floor by protrusive cubes – they look as if they were separate objects put on or rather into  the building. For the first sight the facade looks symmetric, however the wooden cube on the right corner of the building was given more emphasis, it is somewhat bigger, also the entrance is instead if being right in the middle of the facade was draw slightly to the right. It was the owner’s objective to have a building designed that fits with the company’s functional requirements and whose appearance also refers to the company’s activity: these objectives were met, the head office provides excellent examples on how to utilise the BBS panels creatively.